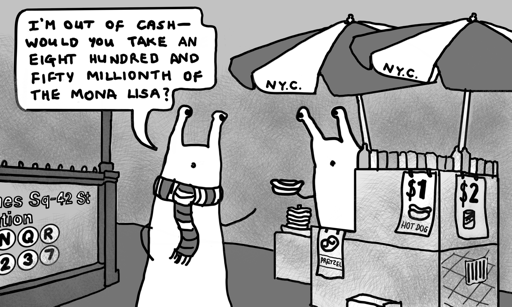 When I was invited to give a talk in my home town for the  very first TEDxWoking way back in January 2015, I decided  to return to the topic of money. I had been thinking a great deal about transformation in the electronic payments world for a couple of decades, and because Bitcoin had become a topic of polite conversation, I chose to talk at that event about the future of money. More specifically, I returned to explore the idea that technology might be taking money back to its past, back to a more local and diverse version of money than we are used to, something I had touched on in my previous book, Identity Is the New Money (Birch 2014). When I was subsequently invited to prepare a piece on the future of money for the Kings Review in July 2015, I expanded on the ideas from that TEDx talk to create a two-part series and then took the plunge and used those articles as the starting point for this book. Having been inspired by the sociologist Nigel Dodd’s landmark The Social Life of Money to reconsider the interplay between the technological evolutionary tree of money and its social context, I thought it would be interesting to look to ideas from the social sciences in conjunction with technology forecasting to create an informed view of where technology is taking money.

At one level that question cannot be answered, because the trajectory of technology is provide better tools. What we do with those tools is up to us, although one might argue that technology does set a direction of travel and nudges society toward it. Given that thise direction of travel is broadly towards decentralization, distribution and an overall lessening of state power, it is possible to bring input from disciplines including social anthropology and the study of ‘palaeo- futures’ (that is, what people used to think about the future) to make an informed and, I hope, surprising prediction about the future of money, which is that we will return to the multiple, overlapping com- munity monies of the past but that they will be smart monies, monies with values, monies that know about us.

In response to kind reviews and constructive comments on the first edition of the book, I changed the final section of the revised paperback edition to focus less on the general issue of cashlessness and to explore more that issue of smart monies in more depth. I have also attempted to explain in more detail how the technologies of cryptocurrencies might be used to bring smart money to the mass market in a practical way.